Optometry plays a role in the reconstruction of Haiti 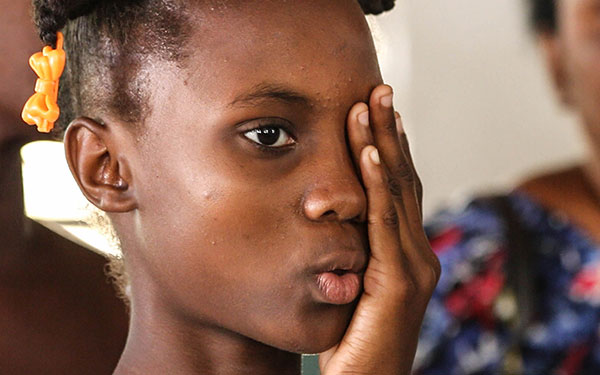 “This is a wonderful time to be part of the reconstruction of our country. “

Optometry Giving Sight is part of a coalition made up of the Brien Holden Vision Institute and VOSH International, organizations that are trying to play a role in the reconstruction of Haiti by establishing an optometry school at the State University of ‘Haiti.

Haiti is the poorest country in the Americas. In this country of ten million inhabitants, there are only three optometrists and six ophthalmologists in the public sector.

As a result, more than 70 percent of Haiti’s population has poor access to eye care services, which prevents them, to a large extent, from breaking the cycle of poverty through better education and better jobs. .

Reconstruction of the hospital in Haiti 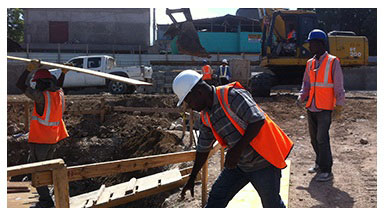 “A trained workforce is a crucial link between the services and the processes required to solve a problem,” says Dr. Dave McPhillips, President of VOSH International. “In Haiti, a successful and strategic intervention will greatly reduce the blindness and visual impairment of millions of people in need. “

The optometry school will be part of the Faculty of Medicine and Pharmacy. It will be located on the new national health sciences campus under construction (thanks to funding from USAID).

“Even if the reconstruction work in Haiti is still underway, we are ready to move forward in the areas of health and vision care,” said Dr.  Jean-Claude Cadet, dean of the Faculty of Medicine and Pharmacy of the University of Haiti. “This is a wonderful time to be part of the reconstruction of our country. “

According to very conservative estimates, this school should train 16 students per year. During their first year of work, these students will be able to care for at least 24,000 patients. Then, each following year, there will be at least 16 other graduates, which means that after the fifth graduate cycle, new optometrists will be able to treat 360,000 patients, about 80 times the current number of patients.

Clive Miller and the Haiti team 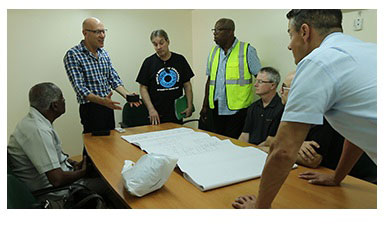 “From a profitability perspective, we know that establishing an optometry program in a developing country can be justified, from a financial perspective, by increased productivity,” says Dr. Luigi Bilotto, Director of Human Resources Development worldwide at the Brien Holden Vision Institute. “Now, to bring about sustainable eye care in Haiti, we need help from the vision care sector. “

Our goal is to welcome the first students of the new optometry program in October 2016. Work to develop a curriculum that suits this new program is already underway, and optometry care is now part of the national plan of health care in Haiti.

“The coalition, with the support of Essilor Canada, has pledged $ 1 million, but to move forward we need the additional $ 3 million,” said Clive Miller, chief of the management of Optometry Giving Sight. “Each significant financial contribution is accompanied by a special recognition which allows the name of the donor to be affixed on installations, which highlights the impact of a donation and our gratitude to our donors. “