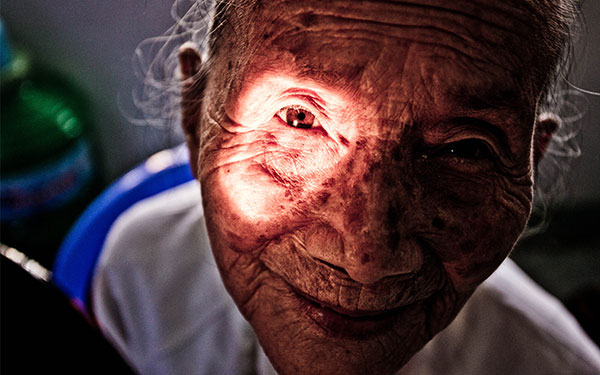 Funding from Optometry Giving Sight and the AusAID East Asia Vision Program has provided for the successful completion of the first stage of an optometry education project in Vietnam.

The key objective of the project (to be completed by December 2016) is to establish the first ever optometry program in Vietnam, based at the Pham Ngoc Thach Medical University in Ho Chi Minh City (PNTU). It has been designed with its sustainability at the core.

An exciting milestone has now been reached with the approval of the training code for the program. This means that the first students will be accepted into the new optometry course at PNTU commencing in late October 2014 and will graduate around 20 optometrists per year. 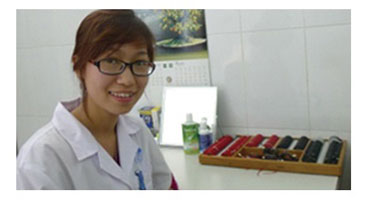 Minh Anh’s bright future
Pioneer Vietnamese Optometrist Tran Minh Anh (pictured) will play a crucial role in optometry education for the future and may be a visiting academic at PNTU.

In Vietnam there are as many as 36 million people including 3 million children who have vision impairment due to refractive error. It is estimated that Vietnam needs 2,000 optometrists to ensure adequate coverage for refractive errors. There are currently just three.

Minh Anh initially had no interest or knowledge about optometry. Though she was looking for a career Minh was unable to settle on any profession. Four years ago her mother suggested she go and try out for an interview about a ‘course’ on optometry. Minh decided to attend the interview and curiosity got the better of her.

Eventually she was able to purse her optometry studies with the LV Prasad Eye Institute in India. As she progressed in her course Minh Anh became more enthusiastic about the optometry profession and decided that she had in fact found her calling. It dawned on her that she may take a lead herself and address the lack of good eye care in her own country.

Fast forward to 2014 and Minh Anh is an optometrist with great ambition. In 2 years time she will complete her Masters of Clinical Optometry degree from the University of Melbourne. Minh Anh currently works at the Vietnam National Institute of Ophthalmology (VNIO) in the Refraction Department. 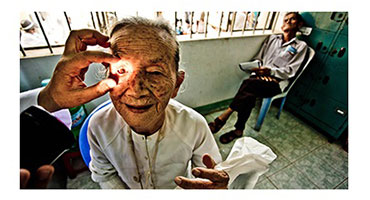 Despite the difficulty of the introduction of optometry as a new profession in Vietnam Minh Anh is determined to make a difference. She understands solving the human resource challenge in Vietnam doesn’t just begin and end with eye examinations and dispensing corrective eye wear.

“Optometry itself has lots of scope. I would love to be an optometry educator to inspire the minds of other aspiring Vietnamese optometrists. By finishing my degree I have increased Vietnam’s optometrists by one third, and while this is an achievement, we need many, many more optometrists to meet the national need for eye care,” she said.

Her goal is to provide comprehensive eye care services to the Vietnamese community and to pass on her knowledge and train the next generation of optometrists. This dream is about to become reality.

Minh Anh is confident of the bright future of the optometry profession in Vietnam.

“Optometry is a developing profession with great potential to create change and is currently gaining recognition throughout the developing world. In Vietnam, I believe optometry is pivotal to improving the eye health of my people,” Minh Anh said.

She is thankful for her many opportunities and is ready to inspire others to dedicate themselves to the life transforming profession of optometry.