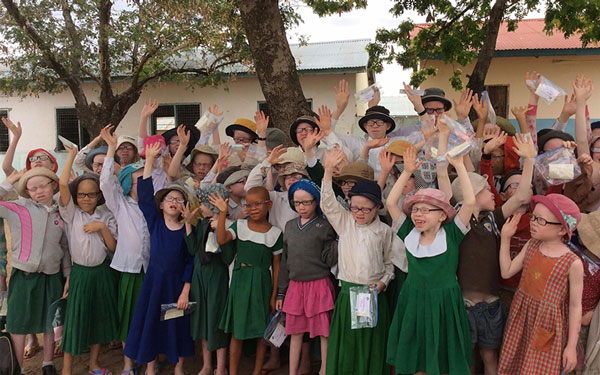 “Compromised in every which way”.

Albinism is a congenital disorder that is characterised by the partial or complete absence of pigment in the skin, eyes and hair. The disorder has a very high prevalence in Tanzania with 1 in every 1,200 people suffering from it. In contrast, the usual occurrence in the rest of the world is around 1 per 14,000. Tragically, many Tanzanian families with an albino child believe they have been cursed and must dispose of the child far from home or abandon them to an orphanage.

Unfortunately, albinos in Tanzania have another deadlier threat to deal with, as Dr. Moes Nasser from Vision Source in Houston discovered on a recent visit to Mitindo orphanage, which is in the same region where he grew up.

“There is a myth in Tanzania that if you own a body part of an albino, you’ll become rich and famous,” said Dr. Nasser. “I’m told that sometimes these albinos are kidnapped and their arms and legs are chopped off, even their organs are removed and they get sold for US$10,000 for each body part. So these albinos are compromised in every which way.”

Compounding these serious threats to life, people with albinism are sensitive to light and are almost universally near-sighted with stigmatism.

“They need to wear sunglasses and a hat.”

At the orphanage, Dr. Nasser observed an albino girl playing with a piece of string that she had found on the floor. When she dropped that string she could not see enough to pick it up. She was struggling to clasp it multiple times. 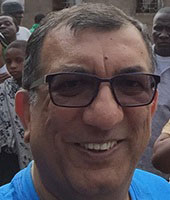 “So can you imagine what a pair of glasses will do to them? It will transform their quality of life.”

Dr. Nasser examined 70 children and of these 68 needed glasses.

“Some of the patients were very high near-sighted, up to minus 15. Hopefully we’ll get the glasses there very soon.”

The glasses were in fact delivered in October with the help of Dr. Nasser’s brother, Azim, who lives in Kenya. He arranged to have the prescriptions filled and delivered to the children.

“We are so blessed that we have been able to do our little part,” said Dr. Nasser.

Optometry Giving Sight and CooperVision funded the One Bright Vision program in Tanzania which screened close to 100,000 people in 2013 and 2014. That project was managed and implemented by Brien Holden Vision Institute. Dr. Nasser is a regular visitor to the region and always takes time out to provide vision correction to people in need, and training and mentoring support to the local eye care professionals in partnership with the Institute.