A new and sustainable legacy emerges in Malawi 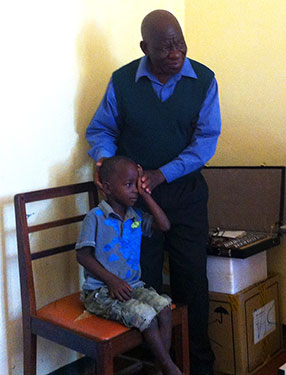 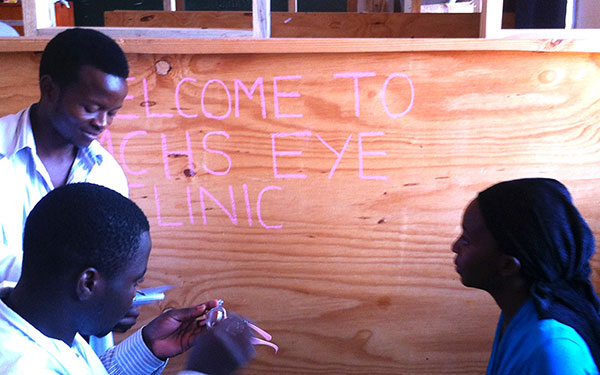 Laston (pictured above) is 5 years old and has been blind since birth due to congenital bilateral cataracts. In July this year the cataracts were removed, and he received some surgical implants to help restore his vision. He is still learning to see, as is evident by the way his eyes struggle to focus during the eye exam being conducted by local optometrist, Fanizo Kabwazi. Like so many others, Laston’s prognosis would have been much better if he had had access to treatment earlier. But today he is prescribed a pair of bifocals (+1.00 OU with a +2.00 ADD in polycarbonate Transitions lenses). By giving him glasses and vision correction now, it is hoped that his vision will improve over time.

Laston’s optometrist was one of the first to graduate from Malawi’s only School of Optometry, established in 2009 at Mzuzu University with support from Optometry Giving Sight, lead project partner Brien Holden Vision Institute and Sightsavers. He is currently working at Mchinji Clinic, which has been established as part of a public / private partnership with Essilor. On this day, Dr. Howard Purcell from Essilor of America was visiting the clinic and was able to see first hand the conditions faced by the young optometrist.

Dr. Purcell (pictured on the left) was impressed by the commitment and dedication of Fanizo (right), and the very broad scope of practice that he undertook in his clinic. Like so many of his colleagues in Malawi, Fanizo is expected to be able to deal with everything except for surgery, and to be able to respond to the many challenges that come from working in a developing country. These include access to consumables, an erratic electricity supply, lack of air conditioning, equipment maintenance, and even obtaining office furniture.

However, despite such challenges, it is clear that a new and sustainable legacy is emerging in Malawi, which is changing what previously was a world of fragmented training and service delivery in eye care. 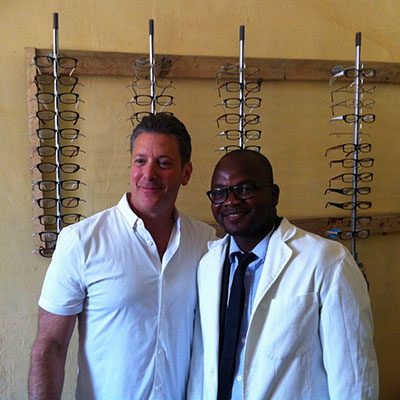 There are now 14 qualified optometrists working in the public sector. Each of the four tertiary hospitals has an optometrist employed full-time and each of the five district hospitals is serviced by a graduate optometrist from the School of Optometry at Mzuzu University. This is good news for a country with 8 million people – 53% of whom live below the poverty line.

The optometrists are supported by 18 optometric technicians, who are recent graduates of the Malawi College of Health Sciences in the capital Lilongwe. 16 of these technicians have placements either in the tertiary or district hospitals and the remaining two technicians have returned to the College as junior faculty.

It is hard not to be moved and impressed by the efforts of the staff, the graduates who are now providing much needed vision care services to people who have not had them previously, and the current students who are so excited to have the opportunity to help build and shape Optometry as a profession in their country.

In the words of Hilda Kazembe, Country Manager for the Brien Holden Vision Institute: “This project is working. It’s still small but patients are being seen.”

Optometry Giving Sight would like to thank all of its donors and sponsors who have enabled us to provide funding support to this high impact project over the past 8 years. We look forward to providing ongoing support to the students, vision centers and the development of local faculty in both the School and College of Optometry.