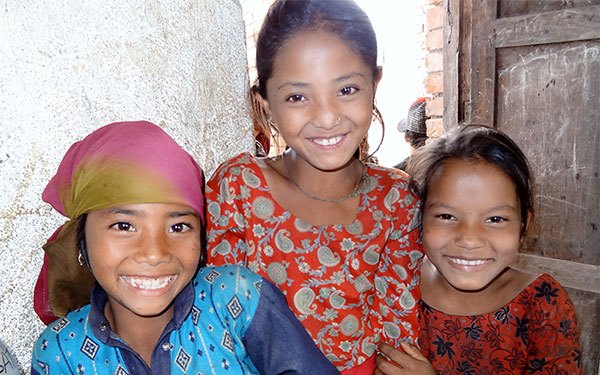 The Sight Conservation of Children from Marginalised Communities of Nepal project, which is an initiative of the Nepalese Association of Optometrists (NAO), aims to provide comprehensive eye health services to children from poor communities in three districts of Nepal. It will also establish local stakeholder bodies to manage ongoing coordination of the project.

The first stage has seen two children’s ‘eye camps’ – one in the Dolakha district, and the other in the Kavrepalachowk district. In total, nearly 1500 children have been examined, with glasses and low vision devices provided to those in need. Referrals have also been made to a tertiary hospital in Kathmandu for four children who needed surgery. Although the eye camps were primarily targeting children, more than 320 local adults were also screened and treated.

It is the first time that most of these people have ever accessed any form of eye care, according to NAO President, Subodh Gnyawali.

‘Many people from rural parts of Nepal are not aware of eye health, and the services are not close, and so people do not often get services from qualified health professionals,’ he said.

For this reason, there was also a health promotion campaign held at each site, as well as the formation of two new coordination bodies to bring local stakeholders together. According to Mr Gnyawali, these are the most promising aspects of the project, in terms of its potential for long-term impact.

‘More than a thousand people from the communities have been made aware of eye health because of the campaigns,’ he said. ‘This is expected to increase the demand for eye health services, which will in turn help to lower the burden of eye problems in the community.

‘The new coordinating body in each district will help to continue identifying children who need eye care, and referring them to an appropriate facility.’

Despite some significant challenges – such as poor quality roads to access the camps, power shortages and a larger number of children than expected – the results so far are very positive.

For one young girl, 12 year old Susmita, the camps have proven to be a life changing experience. After being bullied at school and even thought to be a ‘curse baby’ by her family, she visited the Kavrepalanchowk eye camp with complaints of blurred vision in both her eyes.

‘Susmita was found to have iris coloboma, which extended up to the choroid,’ said Mr Gnyawali. ‘With refraction, we were able to restore good vision. We plan to provide her with prescription contact lenses during the follow up visit, which will help her eyes to look natural.’

With her new glasses, Susmita can now read well and copy text from the blackboard at school.

In time, Mr Gnyawali hopes that the project will extend to include more training of health personnel, and equipping of local health facilities to provide primary eye care.