The Passing of Brien Holden – A Tribute 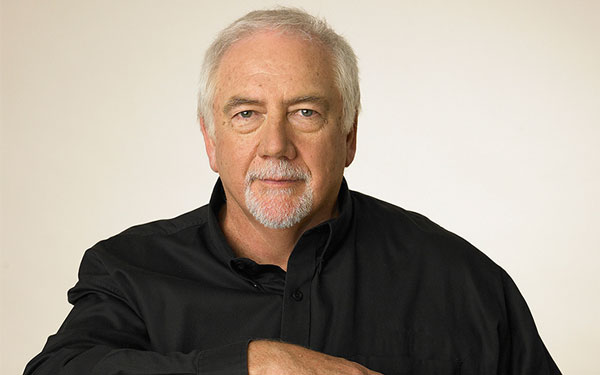 I am writing this as I’m flying from Madrid to San Francisco,  after having heard over-night about the sudden and unexpected death of my dear friend, Professor Brien Holden.

I was awoken by multiple e-mails and text messages from Australia, and from around the world, informing me of such sad news. I was shocked. I was sad. I could not believe it. I cried.

I saw Brien recently in Liverpool during the BCLA, and as I normally did, shared a beer or two, as we discussed how to resolve the problems not only of our industry and profession, but also of the world. Although we were at the extreme opposites of the political spectrum, I always enjoyed my conversations with him.

I met Brien back in 1985, while I was employed at Bausch & Lomb. He and B&L had several joint projects, covering R&D and educational initiatives, but the relationship was a tense and difficult one, which to a large extent defined Brien’s relationship with industry, in general, throughout his career. I got to know Brien very well through activities of IACLE (International Association of Contact Lens Educators), APCLEP (Asia Pacific Contact Lens Educational Program) and his involvement as a speaker and session moderator at the ERS (European Research Symposium), sponsored by B&L. I also got to know him quite well as B&L’s guest during the 1992 Olympic Games in Barcelona, where his deep pride and love for Australia truly manifested itself. Over my 30 years within the contact lens industry, working in addition to B&L, with CIBA Vision, Ocular Sciences and CooperVision, Brien was always a constant. People would come and go; Brien was always there. His presence grew, as did his contributions.

Brien was brilliant, a true visionary, a fantastic thinker and charismatic communicator. Initially his reputation came from his work with contact lens research and education. Although many groups were involved, to a significant extent, we owe to Brien, and his group, the availability of silicone hydrogel materials, which today make-up over 50% of the world’s US$8 billion contact lens market (at wholesale). Through his educational efforts, through work at IACLE, APCLEP, ICLEP and other initiatives, contact lenses expanded globally beyond Europe and North America, and are now used by over 150 million people worldwide. Brien was truly a contact lens pioneer. Today, the Brien Holden Vision Institute (BHVI) is unsurpassed in their accomplishments in eye research, public health and education, benefiting millions of people worldwide.

This is part of Brien’s legacy.

But Brien was more than contact lenses; he loved optometry, and saw in this profession, in his profession, as the ideal and most efficient and affordable way to provide primary eye-care to millions of people globally.  Brien was a humanitarian; he believed in the greater-good, and in our collective responsibility to do what was right.

His work in developing long-term sustainable eye-care programs aimed at reducing the prevalence of vision impairment due to uncorrected refractive errors led to the establishment, in 2003, of Optometry Giving Sight (OGS), as the only global fundraising organization aimed at mitigating this problem, which  affects over 600 million worldwide . He founded OGS and for the first time, through his efforts, uncorrected refractive errors were recognized by the World Health Organization as a major cause of visual disability. He convinced organizations such as the International Agency for the Prevention of Blindness (IAPB) and the World Council of Optometry (WCO) to join with BHVI in establishing OGS.

Brien chaired OGS’ Global Board of Directors for 10 years, until he invited me to replace him when he stepped down in 2013. This has been a true honor and privilege to continue with Brien’s dream to provide vision to people everywhere, to continue with his legacy. On a timely manner, OGS bestowed on Brien our first Humanitarian Award in October of 2014.

Brien was a complex individual, and like all of us, was not perfect. He was so intense that not many people could keep up with him indefinitely. He was passionate; he lived life to its fullest. Always working; always thinking. He loved his family; he loved his friends. He loved to dance, and I must say, for a non-Latin, had good rhythm.

He died doing what he loved. Brien never would have retired.

Brien was my dear friend. I was very proud of this friendship. I learned so much from him. He was always there for me. He travelled half away around the world to join me at my wedding a couple of years ago. He made me a better person. He saved my son’s life. I loved Brien and will miss him. The industry and the profession of optometry have lost a giant.

I have lost a friend; an unreplaceable friend, whom I will miss forever.

As I wrap-up my thoughts, I should end by saying, Brien, rest-in-peace.

However, Brien will never rest. I am sure he’s already talking to God, to his God, proposing some kind a project that would benefit people on Earth.

Knowing Brien, he will convince God.